Andrew Cuomo is No Friend to Labor

100 years ago next July, 100,000 pounds of TNT permanently shut the Statue of Liberty's torch and shattered the stained glass of St. Patrick's Cathedral, a force felt as far away as Maryland.

The explosion was an attack by German secret agents on munitions barges parked at Black Tom Island in New York Harbor. The 2 AM uproar—which killed seven and approached 5.5 on the Richter Scale—is remembered as "one of the worst acts of terrorism in American history." Black Tom was a black eye for the United States as it ambled toward the Great War.

With ISIS pissing its way across the Middle East and beyond, terrorism still persists, albeit absent the pickelhaubes and mustard gas.

The terrorists of today could be your next door neighbor, or even your child's school teacher, as Wisconsin Governor Scott Walker recently revealed.

Walker compared protesters of his anti-union measures to those who like to film themselves cutting off people's heads. Interestingly, Walker's war on workers might propel him into contention for the White House in 2016, where he and his wealthy donors may fight teachers at home and murderous psychopaths abroad. Doubtless Walker and his burgeoning bald spot will find the military industrial complex just as generous to his campaign as the Koch brothers.

Not long after shrapnel struck Lady Liberty at Black Tom, a union organizer from Ireland was also branded a terrorist.

Fresh from leading Dublin's factory workers and their families through a harrowing eight-month lockout—a seminal moment in Irish labor history—James "Big Jim"Larkin traveled to Black Tom just before the explosion to help dockworkers fight for higher pay and better working conditions. Though he denied direct involvement in the attack, Larkin's union activism on the docks certainly didn't help weapons reach the allies any faster.

It was Big Jim's forceful advocacy for workers and the union movement, however, and not the suspected sabotage at Black Tom that ensnared him in the First Red Scare of 1920, when Russian Bolsheviks were feared much more than ISIS is today. Big Jim's big mouth got him charged with "criminal anarchy" and sent to Sing Sing for three years just for speaking freely in a free country.

Imprisoning unionists for assault with the First Amendment is something Scott Walker and other candidates might consider in the lead up to the presidential auction election.

Upon his release from prison in 1923, Larkin returned to Ireland and was hailed as a hero for his unionism and contributions to Irish independence. His exploits helped elect him to the newly formed Irish government, but he was not allowed to serve due to his bankruptcy. It seems Super PAC's didn't exist in Ireland in 1927.

Larkin continued fighting for working families until he died in his sleep in 1947, a legend of the labor movement.

As he celebrated St. Patrick's Day 2015 at his mansion, New York Governor and corporate bootlicker Andrew Cuomo made no mention of Jim Larkin or the struggles of union workers. This should surprise no one considering Cuomo's bromances with billionaires and reckless crusade to "break" public schools.

Jim Larkin's grave shifted, however, when Secretary to the Governor Bill Mulrow thanked the administration's "friends in labor" at the reception.

If Andrew Cuomo is a friend, then who are labor's enemies? Scott Walker? ISIS?

Andrew Cuomo is no friend to labor.

Though Cuomo offered praise at the party for his Irish predecessor Al Smith, he didn't mention how Smith pardoned Larkin and deported him back to Dublin, sparing Big Jim from at least two more years in jail.

After all, Cuomo would deport all union members if given the chance, especially teachers.

Working families throughout New York and the nation must care for their communities and just say no to the likes of Cuomo. Like the bullets and bombs at Black Tom, efforts to divide and conquer must be identified and incinerated before they create craters.

Larkin's legacy will live on, as long as we let it. 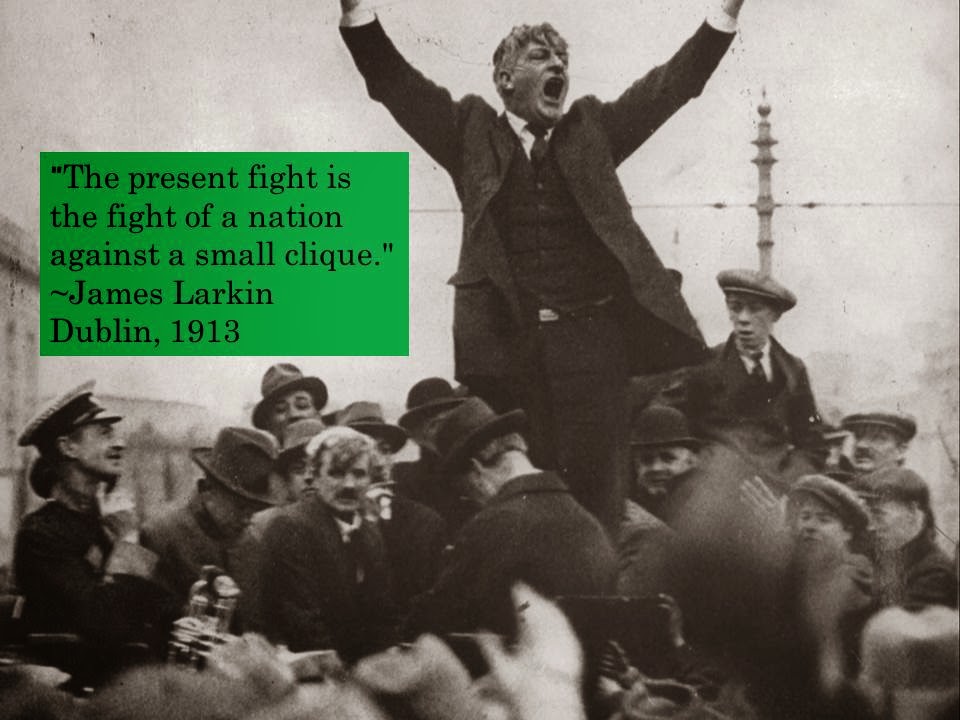 The Oracles of Cuomo’s Orifices 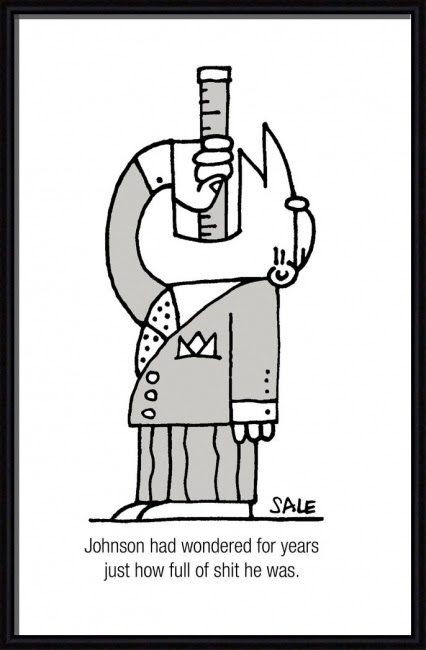 The Pen is Mightier than the Person slogged through the sludge of New York Governor Andrew Cuomo’s recent op-ed on education so you wouldn’t have to. You’re welcome.


Cuomo begins with a long-winded olive branch that only pokes his audience in the ear:

The education system is deeply entrenched, localized, unionized and personal to the families of the state—as it should be.

Cuomo’s correct—public education is in a deep trench. Parents, teachers and students are taking cover against the bayonets of the governor’s billionaire bidders and the pernicious fumes of his budget.

Cuomo bizarrely claims he prefers “unionized” schools while simultaneously auditioning for Scott Walker’s running mate. The AFL-CIO even passed a resolution demanding the removal of his education reforms from the budget, calling them a "circumvention of the collective bargaining process."

Cuomo’s anti-union stench only thickens further down the page:

Not surprisingly, the teachers unions and educational bureaucracy oppose parts of my plan.

Wrong. Educators oppose all of Cuomo’s plan, including the current teacher evaluation law (APPR). Fueled by greed and hubris, it is a plan designed to undo the same schools Cuomo says are so “personal to the families of the state.”

There is no reasoning or reasons to compromise with someone who also writes:

The acceptance and implementation of an evaluation system predates my administration.


Just like the state’s email-deletion policy predates his administration, so does the evaluation system Cuomo once wanted to “force down your throats.” In addition to emails, Cuomo would prefer to erase everything he has ever said about education, and it is impossible to decipher from which orifice his oracles are emerging:

Virtually everyone also agrees that New York's teacher evaluation system is not accurate and is skewed in its construction to provide favorable results for teachers.

Who, exactly, is “virtually everyone”?  Virtually no one supports Cuomo’s plans, however, save those who stand to profit from the destruction of teachers unions.

The governor then turns wonky and indignant:

…only 38 percent of high school graduates are ready for college or careers. How can that be?

This nebulous number is allegedly the percentage of students on pace to score 1630 on the SAT.  The national average for the SAT is 1500, but that doesn't stop Cuomo from declaring 62 percent of kids unprepared for life. Though it’s not clear which colleges and careers these students are not “ready for”, Cuomo is not ready for a career as a statistician, or a realtor:


Suffolk County will want to know how its teachers and schools compare to those in Westchester County.

Right, because APPR scores are the first things people check before moving from Patchogue to Pleasantville. In fact, parents around the state have been so curious about how their own teachers rate that a whopping zero parents requested to see the scores in the cities of Syracuse and Rochester last year.

The Lobbyist for the Students next touts his heroism in the face of high-stakes tests:

Cuomo thinks Common Core tests are so flawed that they shouldn’t count for students but should count against teachers. See the above reference to Cuomo’s orifices.

Local school districts are then blamed, once again:


My proposed reforms to the evaluation system reduce the amount of testing by eliminating the existing local component of the system that leads to more testing.


Though education should be “localized”, high-stakes tests should come from faceless, monopolistic corporations and be graded by people found on Craig’s List. The same tests Cuomo wants to banish from a student’s permanent record are somehow superior to tests created by that child’s teacher. See the above reference to Cuomo’s orifices.

The op-ed concludes in a fiery ball of ignorance and deception:


I have proposed that testing comprise 50 percent of the [teacher] evaluation. The State Department of Education suggests 40 percent. Still, teachers and administrators prefer that the emphasis be on classroom observation as opposed to testing. Interestingly, whatever percent is assigned to standardized testing will only affect a small minority of teacher evaluations as only 20 percent of teachers are in subjects and grades that have state testing.

The governor neglects to mention that per his budget, teachers rated ineffective on the testing component will be rated ineffective overall, regardless of how well their classroom observations go.  To further ensure failure, observations will be conducted by “independent evaluators” from outside the district. So much for a “localized” education system.

See the above reference to Cuomo’s orifices.

Posted by sullio at 3:01 PM No comments: