Memo to New Yorkers: Watch What Cuomo Does, Not What He Pretends To Do

New York lost a labor legend this week with the death of Thomas Kavunedus, one of the few who many can thank for keeping contracts current whenever ass clowns from Albany decide to wreak havoc on middle class workers.

Kavunedus, a retired member of the Lakeland Federation of Teachers (LFT), spent 16 days in jail in 1977 during the longest teachers strike in state history. Most credit Kavunedus and seven other imprisoned members of the LFT for helping to bring the Triborough Amendment to New York State--a law which maintains salaries and job protections for workers if and when contracts expire.

Without the Triborough Amendment, lives and livelihoods could be shredded along with hard-fought contracts, with people held at the mercy of politicians and plutocrats who've made a sport of blaming economic downturns on "greedy" public servants.

While the passage of his draconian teacher and school evaluation plan puts Governor Andrew Cuomo on the warpath against the Triborough Amendment, many unions outside of education do not seem to care...yet.

Union leaders of all stripes should seethe at Cuomo's blatant disregard for local, collectively-bargained work rules via his asinine "reforms" imposed on school districts across the state.

In addition to teachers, Cuomo's plan also subjects nurses, custodians, and cafeteria workers--to name a few--to even more job insecurity and uncertainty, as schools in receivership will likely be run by proteges of Wisconsin Governor and Cuomo's brother-from-another-mother Scott Walker.

Worst of all, Cuomo Core will wield standardized tests to pollute and uproot bountiful learning environments for our kids and communities.

Speaking of labor leaders who should care, consider Patrick "Blood on the Steps of City Hall" Lynch, President of the Patrolman's Benevolent Association (PBA).

For example, Cuomo says cops should be paid more while while doing absolutely nothing about it. In fact, Cuomo has worked harder to pay public servants less than he has to pay them more.

Consider also Cuomo's proposal to raise the minimum wage, yet another reason to watch what Cuomo does, and not what he pretends to do.

With a $15 minimum enacted for fast-food workers by another Cuomission, the Fight for Fifteen is over for Cuomo; he can now claim that at least fast-food workers got a raise if and when his proposal goes down in a hail of more tax cuts for his billionaire buddies.

Cuomo's playing with house money on the minimum wage, after all, and his donors will still benefit while McDonald's cashiers are replaced by iPads.

The death of Thomas Kavunedus should remind us--yet again--of where we've been, and where we're headed.

Labor needs leaders like Kavunedus--now more than ever--to fight for its life and legacy. 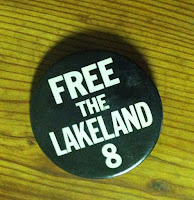